This next one is probably my favorite movie that I forget about all the time.  I can easily say that I have never seen anything like it (even its sequel) and it will never be remade or duplicated because it was so unique and perfect.  It should always get a mention in my “top ten” when people ask me, but I ALWAYS forget about it.  I need to buy it and watch it once a month.

It wouldn’t get old for me, I love it so much.

There were times when I would come home from soccer and we’d have some movies that were ready to be viewed.  We knew what we were getting when dad rented them–car bombs, gun fights, car bombs, fist fights, car bombs, and death…except for the lead action star.

When mom rented them it was hit and miss.  She wasn’t afraid to give any movie a try (unless she knew it had nudity, prior–then it was notta).  As an eight-year-old boy, it annoyed me when mom rented the movies because I was like my dad…action, action, and more action (I was 8, I don’t know what my dad’s excuse was).  We were not always guaranteed an action movie when mom was the one renting the movies and there were some movies that I watched with them that I did not have an appreciation for until later when I matured.

So, as you can imagine, when I came home from soccer and saw the title of a movie that i did not recognize, and found out that mom was the one that picked it out, I felt defeated (I think we lost our game that day–might have played into the emotions I was feeling).

I am so glad I decided to watch “The Gods Must be Crazy.”

This is another movie in which I wished I could’ve been there when they tried to pitch the story:

“Okay, we’re going to take a tribe of “bushmen” and drop a glass coca cola bottle (they all used to be glass back in the 70s and 80s) in their midst.  We will watch this amazing “tool” destroy their tribe from the inside out until they decide that they need to throw it off the end of the earth.  While this is happening deep in the Kalahari, there will be a rebel force on the run from the government, terrorizing the countryside in their wake, as we also meet a cute teacher and scientist slowly bumble into love over the course of the movie.”

That paragraph is the “gist” of the movie…IT IS SO MUCH MORE THAN THAT PITIFUL DESCRIPTION I JUST GAVE. 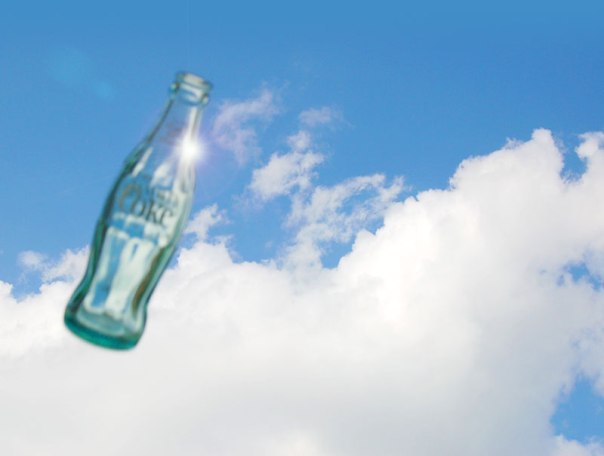 The “screwball” humor is on par with Hawks’ “Bringing up Baby.” I have never seen “time lapse” used so well and consistently to tell a story on film.  To bring all three story lines together and complete its telling the way Jamie Uys was able to do with a masterful use of character development and storytelling was similar to what I imagine Orson Welles and Herman J. Mankiewicz were doing behind closed doors when they started writing “Citizen Kane.” I also had the joy of learning about different cultures along the way.

I learned a very valuable life lesson too…where would any of us be if we didn’t start to trust that our mothers actually know what they are doing?

Not as well off.