In the 80s, my exposure to Batman looked something like this: 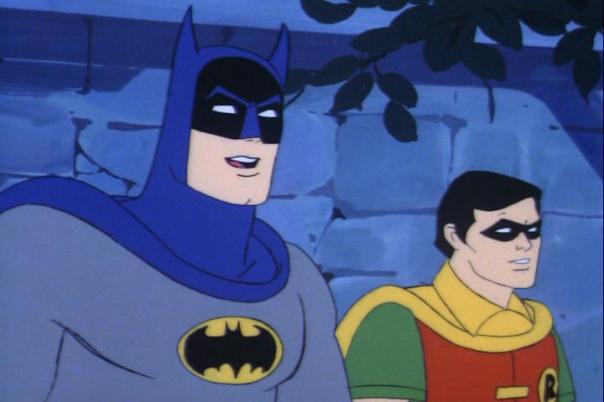 In 1988, they started rerunning “Batman” in syndication on our local CBS affiliate.  Adam West and Burt Ward were the leads as the dynamic duo, and I didn’t tell any of my friends that I made sure I watched EVERY episode.

I remember every villain was given two episodes each.  The first always left our heroes in peril.  As you can imagine, Friday on the first run was the worst, I had to wait until Monday to find out how they were going to escape.

Batman stories on film and television were effing campy.  That all changed in 1989.

Tim Burton was fresh off his early success with “Beetlejuice” and was building momentum with his adaptation of the Caped Crusader.

Michael Keaton brought us a very different Bruce Wayne/Batman.  Batman used to race to the scene, jump in the middle, and thump the villain with his fists.  He’d also announce every “bat-weapon” before he used it.  Keaton’s portrayal was elusive and in the shadows.  Burton and Keaton knew that less would be more when he wore the Bat-suit and it worked.

I enjoyed how intimidating the look of Batman was.  There had to be a realistic discussion about how a man could be the Batman and the creators of this version had to agree that the psychological power of the legend of Batman was how a man could be Batman.  The look had to be scary opposed to the “friendly neighborhood bat” that we were all used to, since he was going to be someone that had to scare, frightening street thugs and villains.

Speaking of…Jack is still my favorite Joker.  I have nothing against Heath Ledger, Cesar Romero, and I am excited to see what Jared Leto is going to bring, but Jack made me laugh out loud when he was doing terrible things.  That might speak to my personal “issues,” however, I find that thrilling.

Jack’s Joker for me is up there with Jerry Dandridge and Darth Vader…villains that you root for a little bit.  Villains, that when they die at the end of a movie, you realize that the amusement ride has just ended and now you have to unbuckle and stumble out of the cart.

The soundtrack also features music from the one and only Prince (RIP).  His track “Trust” that plays when the Joker comes out on his float throwing out trash bags of money to the masses is perfect and still one of my favorite “movie-moment” songs.

I was dropped off at the theater with my cousin to see this movie.  We went on the second weekend and arrived 15 minutes early.  After we got our tickets and entered the theater, we had to sit 4th row back from the screen.  On its second run, theaters were still packed.  Like it or not, this new version of Batman was a hit and audiences loved Burton’s vision of what Gotham’s lonely hero could become.

“Batman” would be the last movie I would see in theaters from the 1980s.  I couldn’t be sure what to expect from the 90s in film, but”Batman” has become my bridge between those decades.  You’d think I’m a 1980s homer when it comes to movie viewing, but just wait.  I’m going to love sharing some of the movies that inspired me through the 1990s, which turned out to be my favorite decade.